Payless Will Be Holding Massive Going-Out-of-Business Sales Before They Close Nearly 2,300 of Their Stores

It seems that many brick and mortar stores can’t cut it in the modern day online shopping age. Many struggling stores hoped that Christmas sales would prevent them from having to shut their doors, but when sales were less than stellar, they had no choice but to declare bankruptcy.

For some stores, 2019 was not the first time they declared bankruptcy, and it also was not the first time they shut their doors. Gymboree has already fallen victim and announced plans to close its doors. After the Toys R Us demise last year, it can feel like children’s stores are being hit hard, but they are not the only ones. Charlotte Russe and Shopko have also closed the doors to their stores this year.

It’s only February, and already 2,187 stores have closed this year. Payless ShoeSource will be more than doubling that number. The retailer announced on Friday that it will be closing nearly 2,300 stores by the end of May. That’s every single store in the U.S. and Puerto Rico. Some stores will close as early as the end of March; however, franchises and stores in Latin America will remain open. 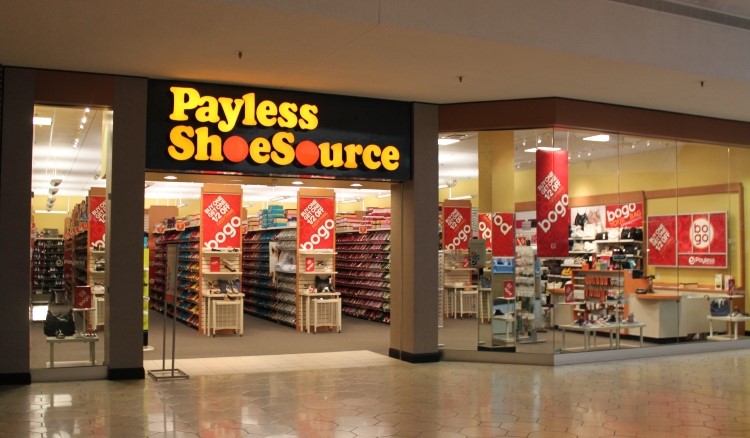 Payless has been struggling for awhile. The retailer declared bankruptcy for the 2nd time. Back in 2017, the discount shoe store closed the doors on 673 stores.

When you think about it, it’s not terribly surprising that some of these stores are struggling, especially stores that are marketing to consumers who like a good deal. In the internet age, it’s almost too easy to comparison shop online, and when you can have items shipped to you in 2 days or less, often with free shipping, the hassle of driving to a store where you’re possibly going to fight crowds and have to wait in line to pay and possibly even pay more than you would if you shopped online…it doesn’t feel worthwhile.

If you’re looking for a good deal on shoes, and if you like to try on your shoes before you buy them (we do), then you might want to head to your local Payless store. The liquidation sales have already started.

In 2018, about 18,000 people worked for Payless. That’s 18,000 people who are now scrambling to try to line up work when their store shuts its doors. So, be kind to the employees at Payless when you’re scoping out the remaining inventory. They’re probably a little bit stressed out right now.

Where do you usually go shoe shopping? Are you going to take advantage of the Payless liquidation sales?

Brooks Brothers Files For Bankruptcy After 200 Years in Business

After Filing for Bankruptcy, Pier 1 Plans to Close All Its Stores For Good

J.C. Penney Has Filed for Bankruptcy and Plans to Close Some Stores After 118 Years in Business

Payless ShoeSource Expected to File for Bankruptcy and Close Its 2,300 Stores

Why the Boy Scouts of America Are Weighing Filing for Bankruptcy

Toys ‘R’ Us Revival Possible After Bankruptcy Action is Cancelled