What would you do if you saw a bear in your backyard? I think I’d probably scream or bang some sticks together to scare it away. Does that really work?

I probably wouldn’t have the thought of doing nothing and simply watching the bear from a distance. I’d probably be in a hurry to figure out how to get the bear away from my property, but thankfully, not everyone thinks like me.

Regina Keller lives in Fort Valley, Virginia, and she has seen wildlife, including bears, in her backyard for the past 12 years. She doesn’t run from the wildlife or try to scare it away. Instead, she takes pictures and videos.

Obviously, since Keller sees so much wildlife, she does not live in or near a city. Her home is next to the George Washington National Forest. Besides bears, she has also spotted squirrels, foxes and deer in her backyard.

On July 19th, Keller was watering the flowers in her backyard when she saw a large bear enter her yard. Again, I would’ve run away, but Keller is used to seeing bears. She slowly moved closer to her home and sat on the patio to observe the bear. She’s glad she had her camera with her so she could capture what happened next.

The bear made its way over to a small kiddie pool in the backyard, stuck it’s paw in to test the water and then lay down in the pool, relaxing and refreshing. She captured part of the bear’s hour-long downtime in the pool before the bear was scared away by the noise of her grandchildren and their dogs arriving for a visit.

Keller told CNN, “It was neat to see and neat that I had my camera with me to capture it.” We agree.

We’re still scratching our heads wondering what it must be like to have so much wildlife in your backyard. Keller actually recognized the bear and noticed that it was a bear that had not visited her yard in a few years.

21 Pallet DIYs for Summer That Your Kids Will Love 15 Ways to Update Your Patio Just in Time for Spring! This In-Ground Pool Can Be Hidden For Yard Space 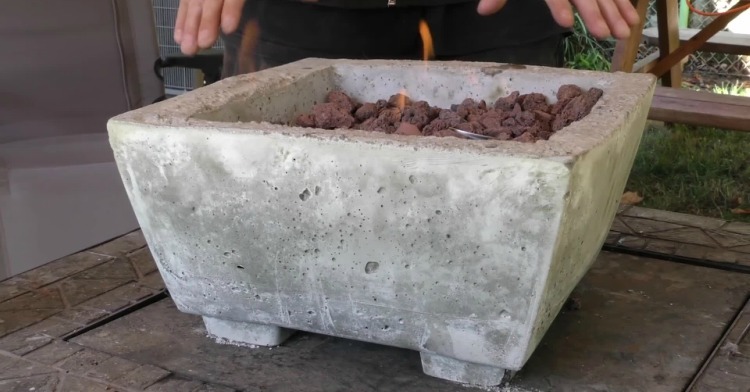 How To Make Your Own Backyard Fire Pit