After 25 Years Together, Pierce Brosnan’s Wife Affirms What She Thinks Of Him

Pierce Brosnan may be best known for his role as James Bond, but the ladies man on screen only has eyes for one woman in real life. Pierce was in Mexico when he first set eyes on Keely Shaye Smith. She was there to interview Ted Danson, but after the interview was over, she found herself talking to Pierce. According to The Sun, she liked everything about him.

“He was captivating. Tall, dark, and handsome. Everything that everybody would immediately be attracted to. He had a mischievous sparkle in his eyes.”

The couple went on their first date a few days later, and shortly thereafter, she graced his arm at movie premiers and Hollywood parties. At the time, Pierce was still mourning his first wife, Cassandra Harris, who died of ovarian cancer in 1991. They had been married 11 years. Harris had two children from a previous marriage and one child, Sean, with Brosnan. 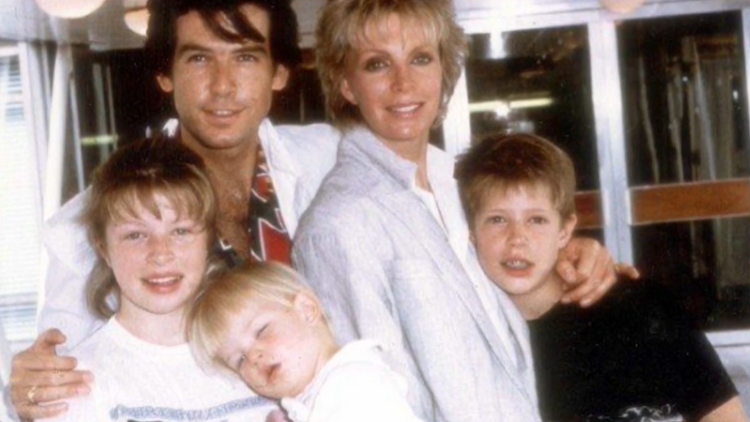 Pierce explained to Express that Keely helped pull him out of his depression.

“Keely has always been kind and compassionate and encouraged me to mourn Cassie…I ­suppose Keely is my North Star, always looking out for me.”

In 2001, the couple finally tied the knot in a lavish wedding in Ireland. Their nuptials were at Ballintubber Abbey, and their guests, all 100 of them, were flown in by helicopter. Afterwards, the wedding reception took place at Ashford Castle. Nineteen years later, the couple still seems completely smitten. In their Instagram posts, they look at each other like they’re still newlyweds.

On their 19th anniversary, Pierce posted a wedding photo on Instagram with the caption “Happy anniversary my love Keely…my brown eyed girl, should I fall behind wait for me…as ever, my love.”

Meanwhile, Keely posted a different wedding photo on her Instagram writing, “August 4th, 2001. “You are the finest, loveliest, and tenderest person I have ever known.” FSF 🥂 Happy Anniversary @piercebrosnanofficial ✨ Time flys on love’s wings.”

Through the years, the couple has kept their marriage strong by spending time together. Even when Pierce was filming romantic scenes as 007, he flew Keely to the set so she could be with him.

“Wherever I went in the world I missed her, and I’d send her tickets to come so we could be together. We just seemed to fit.”

The couple has two children together, Dylan Brosnan who is 23, and Paris Brosnan who is 19. Pierce also has a son from his previous marriage to Cassandra, Sean who is 36. Pierce adopted Cassandra’s two children from her previous marriage, Charlotte and Christopher, who both changed their last name to Brosnan.

In 2013, tragedy struck again when Charlotte lost her battle with ovarian cancer, dying from the same illness as her mother. She was 41 years old. Pierce broke the news to People.

“On June 28 at 2 p.m. my darling daughter Charlotte Emily passed on to eternal life, having succumbed to ovarian cancer. She was surrounded by her husband Alex, children Isabella and Lucas and brothers Christopher and Sean. Charlotte fought her cancer with grace and humanity, courage and dignity. Our hearts are heavy with the loss of our beautiful dear girl. We pray for her and that the cure for this wretched disease will be close at hand soon.”

Charlotte’s legacy lives on in her children, Isabelle who is 21, and Lucas who is 14. Pierce is also grandfather to his son Sean’s 5-year-old daughter, Marley May.

Though life hasn’t always been easy for Pierce and Keely, the couple savors their time together and the simple things in life. Pierce described a road trip to Santa Barbara to People saying,

“We didn’t listen to any music, but we just listened to the sounds of each other’s voices and sorted out the world.”

When they’re at home in at their eco-friendly mansion in Malibu, Pierce enjoys painting, walking on the beach, and watching the sunset while sipping champagne with Keely. He told People, Though the years have changed the color of Pierce’s hair and Keely’s dress size, the couple is just as smitten as ever. When the pandemic started, the couple was spotted frolicking on the beach in Hawaii, definitely a wonderful place to social distance and quarantine. Fast forward to September, and Pierce posted a selfie with Keely on Instagram. The photo also included the actor’s birthday present to his wife, two original pieces of artwork he painted in his studio. He wrote, “Happy birthday Keely my darling, thank God for you angel heart. A few paintings on this day, with ever my love.”

It seems that Pierce and Keely have marriage all figured out. Quality time makes their bond grow stronger through the years. We wish them many more years of happiness together.

Did you know that Pierce Brosnan was such a talented artist? Do you know any couples who act like newlyweds 19 years after getting married?